Deadliest snakes in the world

The world’s deadliest snakes are known for their speed and camouflage. They are ambush predators that hunt their prey in the dark, usually by surprise. Most of these snakes are found in grasslands but have also been spotted in urban areas.

The most deadly snakes on Earth are responsible for the deaths of hundreds of thousands of people each year, mostly in Africa and Asia.

In this article, we take a look at the top 25 deadliest snakes in the world, and the reasons why these species are so deadly.

1. Black mamba(Dendroaspis polylepis) – The black mamba, also known as the deadly hunter, is a dangerous snake that is found in Africa.

Black Mamba is Brown but the interior of its mouth is black that’s why it is called Black Mamba. It is the most venomous snake in the world, with a concentrated dose of neurotoxins that can kill a person in just a few minutes.

The black mamba is also the fastest snake on Earth, capable of speeds of up to 16-19 km/h (10-12 mph). It is commonly found in dense tropical rainforests of southern and eastern Sub-Saharan Africa but has also been spotted in urban areas.

This snake is responsible for hundreds of thousands of deaths annually in Africa.

2. Fer-de-lance(Bothrops asper) – The fer-de-lance, also known as the French killer, is a large grey-brown pit viper with velvet skin, that is found in tropical forest regions of Central and South America.

These snakes are between 1.2 to 2.5 m long and weigh up to 6 kgs. The Fer-de-lance has a yellow beard and flattened head which in french is known as a spearhead.

Due to its yellow beard, it’s also called ​​Barba Amarillas in Spanish.

It is usually deadly and often happens indoors because of the small size of the snake and the cool, dark environment. Most of the bites happen indoors because it usually lives in their home in search of food.

3. Boomslang(Dispholidus typus) – The Boomslang snake is a sub-Saharan South African snake. As its name Boomslang means “Tree Snake”, it attacks by making its body forward like a branch of the tree.

This snake is a highly venomous snake with round big eyes and an egg-shaped head with a length of 1.6 meters, found in southern and eastern Africa and the Middle East.

The boomslang snake is venomous and responsible for several deaths each year in southeastern Africa.

This snake has a green, brown, and grey colour patterned body with a rear-fanged mouth and it folds its fangs in its mouth when not in use.

The Boomslang venom causes excessive internal-external bleeding and haemorrhage which leads to Death. But there is an antivenom for this Snakebite.

These snakes have Tiger like bands on their body that’s why it’s named Tiger Snakes.

These are usually yellow with black bands but their appearances vary from jet black and brown to yellow and black striped according to the region.

Tiger snakes are around 1.2 meters in length and are usually found around wet areas and homes near the coast.

This snake is generally shy and likes to flee rather than attack but if feels threatened and bites then it releases a neurotoxic venom which affects the nervous system of the body and causes paralysis of the body.

Snakebite of Tiger Snake is fatal if not treated within 15 minutes.

5. Russell’s viper(Daboia russelii) – Russell’s Vipers are native to the Indian Subcontinent and responsible for the majority of permanent disability and Snakebite deaths every year in South Asia.

It is one of the deadliest snakes in the world and causes painful bites of all the venomous snakes.

These Snakes have a yellow, brown, tan or white coloured body with a distinctive ring pattern on their body. These are very aggressive snakes which are quick to bite.

These are fast snakes when they feel threatened and make loud hiss before attacking. They usually hide in the field of rice paddies, croplands or storage of crops making s-shape coiling.

These snakes release hemotoxic venom and they have a large venom yield(150-250mg) which can kill mice in seconds.

Around 25000 mortalities are caused annually by the Snakebite of this deadliest snake.

6. Saw-scaled viper(Echis carinatus)also known as Indian viper or Indian adder is another species of venomous snake which is native to the Indian Subcontinent, part of the Middle East and parts of North Africa.

The venom of these snakes is highly complex and lethal and is a concoction of many types of venom such as cytotoxin, neurotoxin, hemotoxin and cardiotoxin.

After the bite of this snake, a person suffers from localized swelling and severe pain.

The mortality rate of this snake bite is very high but if a person gets antivenom at right time then there are chances of survival. There are 9 types of antivenom available for the snake bite of Saw-scaled viper.

These snakes cause Snakebite deaths in India and Pakistan, Africa every year.
In India alone, there are 5000 human deaths occur annually due to snake bites of this snake.

7. Banded krait(Bungarus fasciatus)- The banded krait is a species of venomous snake found in Asia. It is also known as a relative of the Cobra snake and is one of the most venomous snakes in the world.

This snake is characterized by black, white and yellow bands on its body. It is a small to medium-sized snake with a stumpy tail but is considered to be highly venomous.

It is nocturnal(slow in daylight) and feeds on other snakes, fishes, and frogs and sometimes they are also known to feed on another krait.

Its venom has neurotoxin which causes muscle paralysis, can stop the diaphragm from moving and can cause suffocation.

There is a 70-80% mortality rate which happens when there is poor treatment or no possible treatment(sometimes paralysis has developed in the patient and it can not be reversed).

In India alone, there are 10,000 fatalities per year from the snake-bite of Kraits.

It is also known as Raja Krait, Indian Cobra and more commonly referred to as the King of Snakes.

This snake is one of the largest species of snakes in the world. It can grow up to 18 ft i.e. 5.5 meters(sometimes up to 15 meters).

This snake has impressive eyesight, it can see a person moving from 100 meters.

This snake forms a hood-like shape with its head, can lift its one-third length above the ground and make a loud growl when threatened and in a mode of attack.

It is a heavy bodied snake capable of delivering a huge amount of venom in a single bite and is known for giving successive 2,3 bites which is enough to kill a human in 15 minutes and an elephant in a few hours.

It is a non-aggressive snake, avoids human contact and usually lives in the deep forest. It feeds on other snakes and animals also it can feed on other cobras too.

It’s not likely for King Cobra to attack any human but if threatened it can bite you and if it decides to inject you with successive doses of venom then chances of survival are very slim.
Neurotoxins present in its venom can paralyze the person’s body and can prevent breathing.

The fatality rate of this snake bite depends on the amount of venom injected by it into your body.

9. Coastal taipan(Oxyuranus scutellatus)- The Coastal Taipan is one of the deadliest snakes in Australia. It is also known to be a member of the Elapid family.

It is found on the east coast of Australia in the areas of Queensland and New South Wales and Western Australia and the species is endemic to the mainland.

It has a flattened rectangular head, large eyes, and a uniform colour that ranges from yellow to brown. It goes under seasonal changes in the colour of its body.

The Coastal Taipan is the biggest of Australia’s three taipan species and can grow up to 1.5-2 meters in length.

The coastal taipan is one of the world’s most venomous and also one of the fastest snakes. It will bite you multiple times before you can see it(thanks to its fast speed).

It is highly aggressive and when it feels threatened it can bite multiple times with efficiency and accuracy. It has the longest fang of any Australian snake(up to 13 mm).

It feeds on warm-blooded prey like mammals, mice, rats, birds and skinks. It is primarily diurnal but becomes nocturnal in hot weather conditions.

Its venom has a high level of neurotoxin and can cause paralysis, internal bleeding, coagulation defect, headache, vomiting, convulsions (especially in children) and kidney damage.

10. Inland taipan(Oxyuranus Microlepidotus)- Inland taipan is one of the deadliest snakes in the world. It is also known as the desert or western taipan.

It is a member of the Elapidae family. It is found in the desert areas of South Australia, Northern Territory and Western Australia.

The inland taipan is a large(up to 6 ft) and fierce snake but it has shy nature and avoids human contact. It will attack in defence if provoked.

It feeds on warm-blooded, that’s why it hunts small and medium-sized mammals like rats, mice etc.

It has the most lethal venom, its single bite venom(100mg) is enough to kill 100 people in under an hour.

Its venom contains a mixture of neurotoxin, hemotoxin, myotoxin, taipoxin and an enzyme called hyaluronidase which causes this venom to be absorbed quickly by the body of the victim.

Despite having the most lethal venom among all snakes in the world, it is not considered as the deadliest snake in the world because it rarely comes in human contact.

Death rate caused by bite of this Snake is very low cause it lives in remote areas and is very nonindigenous to populated places.

The Black Queensnake – With a total of over 1,000 confirmed deaths in Africa alone, the Black Queensnake is one of the deadliest snakes on Earth. The body of a black, hour-long snake is covered in a thick, brownish-black exoskeleton, which gives the snake an armour-like appearance. The head is also black, with a large, yellow, diamond-shaped eye.

Ribbon Snake (Lampropeltis getula)- The ribbon snake is the world’s most deadly snake, with an average lifespan of just 15 years. It is found in Central and South Africa, and its venom is so powerful that it can kill a person in just a few minutes. The ribbon snake is also one of the stealthiest species on the planet, with only its striking colouration being an indication of its presence. 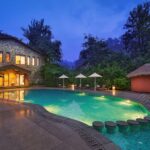 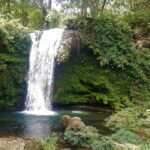 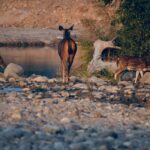 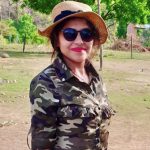 India’s oldest and one of the most attractive parks Jim Corbett national park was established in 1936 to protect the endangered Bengal tiger and got its name in 1957 after the famous naturalist and photographer Jim Corbett. Corbett Tiger Reserve is famous for Jungle Safari and Night Stay inside the Jungle but there are many […]